Are you aware of your EU packaging obligations for commerce? 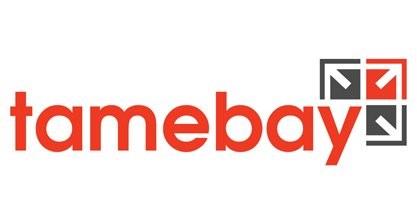 amebay.com has just published an article on a very important regulatory framework for European merchants (with our support

Sellers are rarely aware that most European countries impose an obligation on online merchants, including those established abroad, to report and pay environmental charges on the packaging used for parcels shipped to local consumers – irregardless of the volume of sales.

The list of countries includes Austria, France, Germany, Italy, Portugal, Spain and others.

Here’s an example: a UK-established merchant shipping even a single B2C parcel per year from the UK to a destination in Germany is supposed to register with Der Grüne Punkt, a local self-help organization, to file a “put-to-market” annual return and then pay a yearly fee (based on the amount of packaging shipped to Germany). Of course, the same duty applies if the UK merchant is using a local Amazon warehouse in Germany.

Like with Germany, in all European countries environmental charges are collected by qualified national packaging recovery organisations. Online merchants need to sign an agreement when shipping to those countries. Under this agreement, the seller is relieved of its individual obligation to take back and/or to recycle used sales packaging (owing to a scheme which fulfils these obligations on a nationwide basis on the merchant’s behalf).

In addition, the seller may also receive the right to place the ‘Green Dot’ logo on its packaging in some of the countries. Countries such Portugal, Spain, Greece and Cyprus require companies to be members of the local self-help organizations to show the participation of the respective packaging in the system by using the symbol of local authorization.

It is quite a complicate scenario: it makes VAT rules look rather easy. These rules desperately require simplification.

However, the regulatory framework is less complicated for UK merchants shipping parcels only domestically or to non-UK merchants shipping parcels to British consumers. In the UK, businesses have a packaging obligation and need to register with Valpak, the local self-help organization, only when several conditions are met, including an annual UK turnover exceeding £2 million and, furthermore, more than 50 tons of packaging and/or packaging materials handled.

Compliance with local regulations throughout Europe is highly suggested to avoid penalties – and if a merchant is registered for VAT in another EU country under the distance selling scheme, local authorities are aware that the merchant is shipping parcels to consumers in their territory.