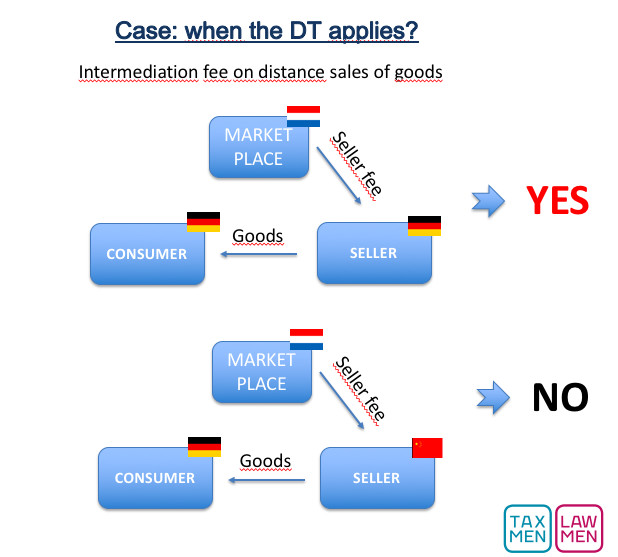 While an EU-level agreement to make the taxation of digital revenues fairer in Europe is still missing, the EU Commission expects to publish – in late March 2018 – a Directive proposal for a Digital Tax that each EU state will be free to adopt.

The measure is meant at preventing unilateral, non-coordinated actions by single EU states (for instance, Italy has already introduced a tax on digital revenues that will become effective in January 2019).

The Digital Tax would apply to businesses that meet two cumulative conditions:

1.    They carry out supplies of digital services falling within the scope of the tax; and, furthermore,

2.    They reach both of the following revenue thresholds:

a)    Annual worldwide total revenues above Eur 750 million at the multinational group level; plus

b)   EU annual revenues from digital revenues of at least Eur 10 million.

The Digital Tax would apply to revenues generated by providing services «where users play a very active role in the value creation for the business», namely:

1.    Services consisting in the valorisation of user data, by means of making available advertisement (e.g., Facebook, Google Adwords, etc.) or the sale of such user data;

2.    Services consisting in the making available of digital platforms/marketplaces to users (intermediation services) and where users supply products between themselves (e.g., Airbnb, Uber).

According to our knowledge, the Digital Tax would not apply to services consisting in the making available of digital content/solutions. For example, activities such as electronically supplied media, streamline, gaming, cloud computing services, etc.

The Digital Tax will be charged annually. It will also apply to domestic transactions (otherwise – the EU Commission believes – the new tax would be in breach of the freedom of providing intra-EU services).

The tax will be levied on gross revenues under a single rate in all EU states (ranging between 1-5%).

Businesses will be able to deduct the Digital Tax paid from the Corporate Income Tax base (not from the CIT itself).

The Digital Tax will not take the shape of a withholding tax. Businesses will be able to report and pay the tax by means of an electronic interface similar to the VAT MOSS.

According to rumors, The Digital Tax will be repealed once intra-EU, long-term measures are adopted by all EU states (CCCTB, permanent establishment and others) and the current Double Taxation treaties with third countries are renegotiated for a fairer taxation of digital activities.

We have detected various issues in the proposed structure of the EU Digital Tax:

The Digital Tax will apply to domestic transactions – a German business would be taxed on the revenues made by selling services to German users, leading to a double taxation. In this case, businesses should at least be allowed to credit the Digital Tax paid against their CIT bill).

The Digital Tax would apply to all digital supplies within a production process, without the right for suppliers to claim any input Digital Tax: this is the opposite of how VAT works, and it is likely to create economic distortions.

The scope of the Digital Tax is not clear: it will hit revenues generated with the provision of services such as sales of advertisement space, personal data, intermediary services by platforms/marketplaces, but not to music downloads, gaming, streamline, etc. What about Paypal…?

As the Digital Tax will not be a withholding tax, how taxation of non-EU businesses without any establishment in Europe will be enforced?

With so many issues and gaps in sight, it appears that the EU institutions are now called to work hard to render the (already controversial) proposed Digital Tax more palatable for all the concerned stakeholders.