The Odyssey of EU VAT on digital publications 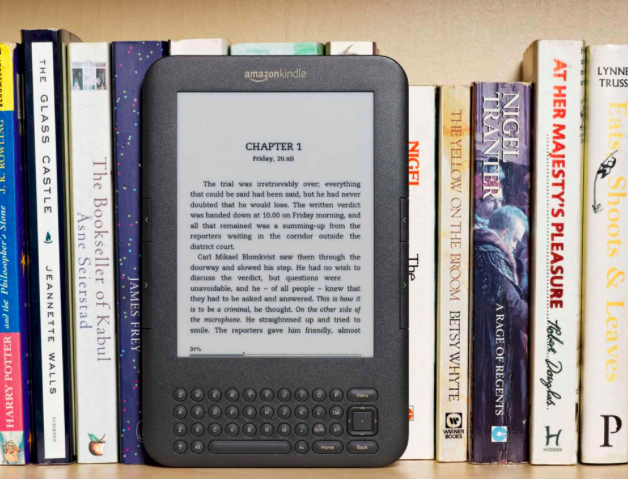 Two times in the past three years, the European Court of Justice has ruled (C-502/13, C-390-15) that digital publications such as e-books or online newspapers and magazines are an electronic service and therefore are subject to the same Value Added Tax rules as those applied to all other forms of electronic commerce.

In other words: no reduced VAT rates for digital publications regardless of the real world plight of print publishers, especially newspapers, struggling to survive in the digital age. The first of the two ECJ rulings, delivered in March of 2015, was actually a victory for the European Commission which took legal action against France and Luxembourg for allowing the same reduced VAT rates on e-books that are allowed on printed books.

Even though Juncker championed the issue of allowing reduced VAT rates for digital books when campaigning to assume the head of the EU executive body in 2014 and followed through with a legislative proposal in 2016, the Czech Republic took it upon itself May 25 to conveniently use those ECJ rulings to block crucial help for book and newspaper publishers.

Of course, few were fooled by the reference to the ECJ rulings by Czech Finance Alena Schillerova when she was the lone opponent to the VAT digital publication proposal that EU finance ministers tried for the second time in the past year to get through the Council of Economic and Financial Affairs. Only minutes earlier a number of EU countries led by France, Slovenia and Greece refused to back a separate legislative plan that would allow EU member states to use a temporary VAT reverse charging plan on B-to-B and B-to-C sales of items with a value above 10,000 euros. The Czech Republic and its current Prime Minister Andrej Babis, who previously served as the nation’s finance minister until the end of 2017, has been the champion of the reverse charging VAT plan. He says it will reduce the cross-border carousel and missing trade VAT fraud schemes that cost EU governments more than 50 billion euros annually in lost revenue.

Indicative of the raw politics fueled by often bitter relations between western and EU member states that have become all too prevalent in recent years, the Czech Republic has made no secret that as long as the temporary VAT reverse charging proposal is blocked so will the plan to reduce VAT rates on digital publications.

To understand the Czech government’s position, it is worth going back to June of 2016. EU finance ministers were set to approve in record time a host of new laws known as the Anti-Tax Avoidance Directive (ATAD) designed to implement some OECD reforms targeting multinational company profit shifting and tax avoidance. But on the eve of an EU finance minister meeting due to take place in Luxembourg EU presidency holder Holland’s hopes for approval hit a big political roadblock. The Czech Republic was refusing to go along. Babis insisted that VAT fraud far exceeded the problem of corporate tax avoidance and it would veto the ATAD unless it received the go-head for reverse charging.

In order to appease the Czech minister, a reluctant commitment was made by Moscovici to propose legislation allowing temporary VAT reverse charging – even though it had just issue a long-term VAT reform white paper that dismissed just such a scheme as ineffective.

In December of 2016, the Commission made good on its commitment – although it tried to bury the news with a short press statement a few days before Christmas when most were already on their holiday break.

However it soon became clear that the Czech Republic found strong-arm, hostage-taking tactics in the Council of Ministers to its political liking. Fast forward a year later to the very same Luxembourg negotiating room where its ATAD maneuver succeeded.

Eleven months later EU presidency holder Bulgaria dared to put the two proposal on the May 25 minister meeting hoping that a series of bilateral consultations between France and the Czech Republic had broken the deadlock. And there was a flash of hope that its move was would pay dividends when French Finance Minister Bruno Le Maire opened the negotiations calling for compromise. He said France could accept temporary VAT reverse charging on an expanded sector-by-sector basis. The EU does allow reverse charging on current cross-border sales as well as in certain sectors such as mobile phones, game consoles and others.

But when others countries such as Slovenia and Greece spoke out against the VAT reverse charging plan Bulgarian Finance Minister Vladislav Goranov acknowledged the failure to reach the unanimous support that all EU tax legislation much receive for approval. When he moved onto the next issue – reduced VAT for books – he then stated: “well…we all know what it going to happen now.”

Sure enough. Another Czech mate.

“As you all know the European Court of Justice has ruled that digital publications are an electronic service and therefore are not entitled to reduced VAT rates,” said Schillerova, speaking like a by-the-book pedantic law professor. Therefore the Czech Republic can not accept this proposal.

The blatant block was too much for normally mild-mannered Swedish Finance Minister Magdalena Andersson. She promptly intervened with outrage saying there should be no place for petty politics when it comes to legislation that is vital to quality journalism and the vitality of democracy.##

Unfortunately, her plea echoed into what will likely be another year of political oblivion. Austria which takes over the rotating EU presidency in the second half of 2018 has already signaled it is reluctant to waste time on the deadlocked issue – although it did express lukewarm support for the temporary reverse VAT charging scheme. Romania, the only ardent supporter of VAT reverse charging scheme, takes over the helm of the EU rotating EU presidency in the first of 2019.

“Perhaps a year from now there will be some movement on these issues,” Goranov said when he closed the EU finance minister meeting.

Not exactly the succor print book, newspaper and magazine publishers had been hoping for.