X-raying the OECD digital tax program: where does Trump stand? 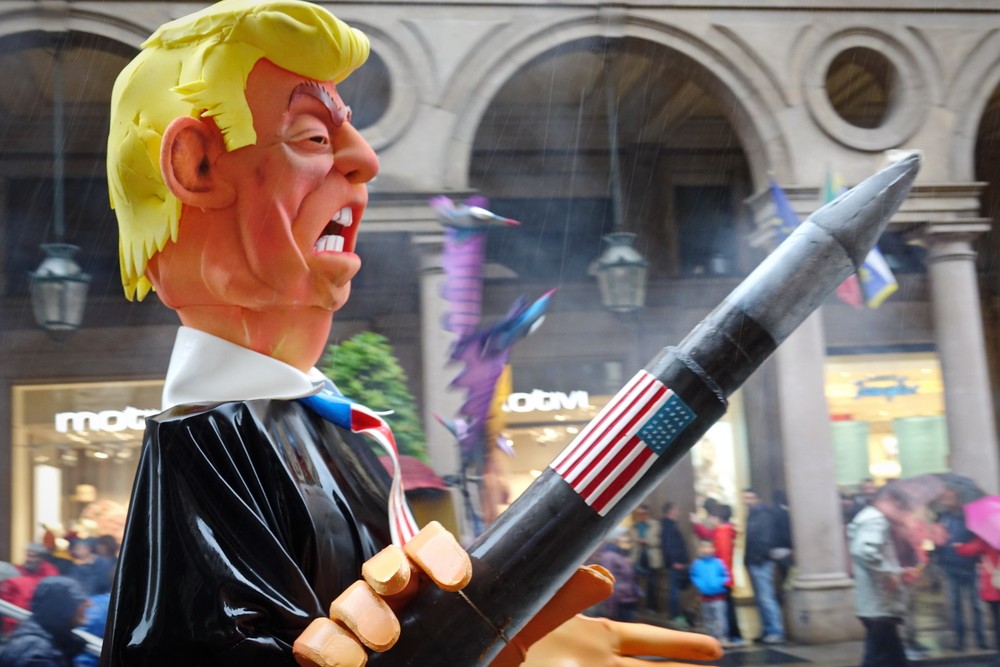 When historians look back on the legacy of President Donald Trump, they will surely have little complimentary to write about the 45th president of the United States when it comes to multilateralism. Moreover, Trump will likely be seen as a one-man wrecking ball who rattled Bretton Woods institutions and the transatlantic relations that have been the foundation of western democracy in the post World War II era.

But there will be one exception. When it comes to corporate taxation, the current Trump Administration has been a team player when it comes to the ongoing OECD anti-base erosion and profiting shifting guidelines.

To appreciate this cooperative approach, you have to start with the Global Intangible Low Tax Income provision of the 2017 U.S. Corporate tax reform legislation that appropriately has been dubbed GILTI. It targets large U.S. multinational companies that stockpiled hundreds of billions if not trillions of dollars in tax havens around the world in order to avoid the 35 U.S. corporate tax rate.

The key provision of GILTI includes a global minimum corporate tax rate between 10 and 13 percent on U.S. multinational company invested foreign income. When the U.S. corporate tax reform was first passed the significance of GILTI seemed to fall under the radar. At least it did within the European Commission, which launched a high-profile attack on another component of the 2017 U.S. corporate tax reform: the Foreign Derived Intangible Incomes. Known as the FDII, it gives U.S. multinationals a preferential tax rate on income derived from the exports tied to intangible assets.

The European Commission’s criticism over FDII led to an EU complaint before the OECD claiming the measure amounted to harmful tax competition – a complaint that to date has been all but dismissed. The European Commission also insisted the FDII is a potential violation of World Trade Organization rules. But while European Tax Commissioner Pierre Moscovici and his cadre of tax experts railed about FDII the German government flipped the script. It latched onto GILTI and the minimum corporate tax provision.

Facing intense pressure from French Finance Minister Bruno Le Maire to back the EU Digital Service Tax because of insistence that the “internet giants” pay little or no tax, Germany decided mandatory minimum corporate tax should be an alternative approach. German Finance Minister Olof Scholz used the issue as a way to protect the nation’s export-driven economy and keep the Franco-German alliance intact.

As a result Scholz forged a deal with France to put the DST on hold and push for a minimum corporate tax accord in the OECD digital taxation talks as well as during the ongoing G-7 French presidency. Subsequently what started with the GILTI is now the heart of Pillar 2 of the OECD digital tax work program.

The pending OECD minimum corporate tax includes two provisions: the first element is an “income inclusion rule” that would require countries to introduce regulations that tax the profits of overseas subsidiaries in their parent jurisdiction if their overseas tax liability is below a minimum level. The second is an “under-taxed payments rule” that would empower countries to deny tax deductions on certain cross-border payments if the effective tax rate of the relevant income flow is below a minimum level.

Finland, which holds the rotating EU presidency, is now trying to find common ground among the EU member states on Pillar 2 – along with Pillar 1, which deals with profit reallocation. Of course the issue of a minimum corporate tax rate has been a controversial issue in the EU that dates back to the launch of the single market. Long story short: the issue has pitted the big continental countries such as France, Germany and Italy with their high corporate tax rates against smaller, outlier ones such as Ireland, the Baltic nations or those in Eastern and Central European countries that have used a low corporate tax rates to overcome geographical and other competitive disadvantages.

As the Finnish presidency begins its push in the Council of Ministers it has drawn up a document that raises key issues that must be resolved in the coming months when it comes to a minimum corporate tax rate as part of Pillar 2. Irish Finance Minister Pascal Donohoe, speaking earlier this year, underlined how difficult not only will be the job of the Finnish presidency but that of the OECD.

“A minimum effective tax proposal had not previously been part of the discussions at the OECD on addressing the tax challenges of digitization and I remain to be convinced of the validity and appropriateness of this proposal in reaching an agreed outcome,” Donohoe said. He added that Ireland will never accept any plan that would require it to raise its 12.5 percent corporate tax rate.

“I do not support measures that have as their core objective the end of legitimate and fair tax competition,” Donohoe said.

Finland kicked off the discussion in July by raising questions about whether the Pillar 2 approach on minimum corporate tax is compatible with the EU fundamental freedoms that guarantee the free movement of capital and the right of companies do to business in all EU member states.

At the end of the day, of course, the Pillar 2 debate will come down to a very simple concept: the rate. When G-7 finance ministers met in July at the famous French race course in Chantilly no discussions took place on what the rate would be – or so the ministers claimed. Speaking after the event, though, U.S. Treasury Secretary Steven Mnuchin backed GILTI and its 10 percent rate.

Given that EU corporate tax rates range from a minimum of 9 percent to above 30 percent, 10 percent looks like a safe bet.