The EU Legacy of Super Mario 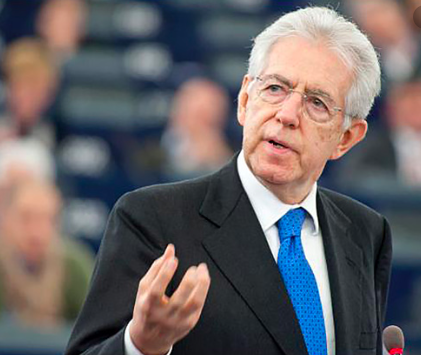 Former European Competition Commissioner Mario Monti, who served as the European Union’s antitrust czar in the early 2000s, would hardly be confused was a take-charge battlefield commander determined to crush his opponents. Instead, throughout his 10-year tenure in the EU executive body, his calm, professorial demeanor, as well as his commitment to Europe and the rule of law, were hallmarks.

And even though Monti’s wonkish, droll personality never clicked with the Italian electorate, when he took over a technical government in 2011 after Italian Prime Minister Silvio Berlusconi pushed Italy to the fiscal brink, the Milanese dean has left a crucial tax policy legacy in Brussels that is the foundation of current Competition Commissioner Margrete Vesteger’s crackdown on sweetheart tax deals member states have offered to multinational companies.

That’s because it was Monti who launched the so-called “pincer movement” strategy in order to stop unfair and harmful tax competition. The pincer movement plan was simple: the EU Code of Conduct Group, a secretive Council of Minister set up in the late 1990s to identify EU member state harmful tax regimes would demand their elimination. If those demands did not succeed then the European Commission – with Monti as the Competition Commissioner – would use state-aid powers to police EU member states’ harmful corporate tax regimes.

Despite the Code of Conduct group forcing the end to more than 200 national tax regimes, in some ways having a secret member state body policy harmful corporate laws was a bit like the “fox” guarding the “chicken coop“. Moreover when it came to challenging secret tax rulings EU member states agreed with multinational companies to attract investment, it did not happen. That has become obvious in the light of the Luxleaks, which revealed hundreds of sweetheart tax agreements European Commissioner Jean-Claude Juncker signed with multinational companies during his 20 year dual role as the Grand Duchy’s prime minister and finance minister.

Monti, wise to this kind of see-no-evil approach by the Code of Conduct group, especially as it concerned small or outlier EU member states desperate to find a competitive advantage, put the pincer movement into play. He did that by going after Belgium and its so-called “coordination centres” that basically allowed multinational companies to move profits from their subsidiaries in other European countries to their Belgian headquarters on a tax-free basis.

Fast forward a decade and you have Vestager – the “Tax Lady” as U.S. President Donald Trump has dubbed her – employing what could be described – pardon the pun – a “full Monti”. The most high-profile of those is the billion state aid case launched in 2016 to force the Irish government to retrieve $13 billion in back taxes.

Despite the loss in the Starbuck‘s case, the European Commission declared the decision a moral victory because the ECJ confirmed that the EU competition watchdog can use the arm’s length principle to gauge the transfer pricing agreements companies use among their subsidiaries.

However, most tax practitioners, lawyers and academics point out that despite the ECJ’s overall support for the use of the arm’s length principle for state aid cases, it still does not resolve the Commission’s conundrum of defining “an intangible assets” when it comes to determining market pricing. That’s because the ECJ also made it clear that the valuation done by Vestager and company of assets transferred across borders in the Starbucks case was flawed.

That raises the vexing question of how to valuate intangible assets such as intellectual property rights etc. Indeed the difficulty in doing so is at the heart of the drive for digital tax reform ongoing in the OECD, especially when it comes to multinational companies doing business without a permanent establishment in countries other than where it is headquartered.

Aware of this dilemma, clearly the European Commission will appeal the Starbucks ruling.

“What do we have to lose,” one Commission official said although the EU executive body did not officially commit to an appeal to the ECJ high court after the Sept. 23 ruling. The fact is that the Commission has a lot to lose because it is fair to assume that if it got it wrong in valuating the intangible assets in the Starbucks case it most likely got it wrong in other high-profile challenges, including the Apple case.

If that is true then the combined impact of the ECJ ruling and the OECD digital tax reform process will end a chapter, and maybe, the book on Monti’s pincer movement.