Why are you evading taxes on online purchases from China? 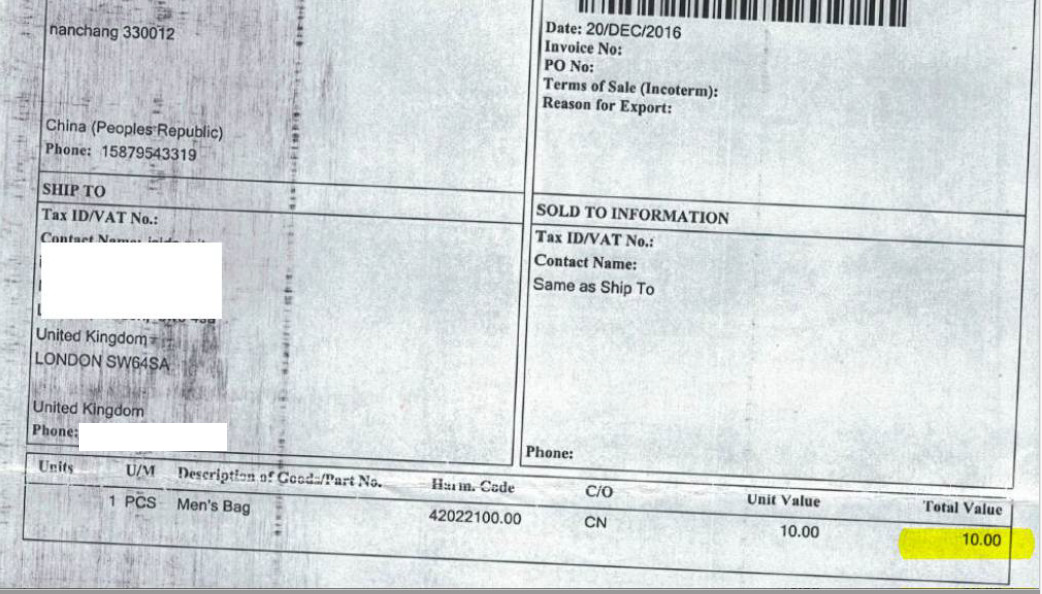 Most European online shoppers do not realise that they are often evading taxes – meaning customs duties and import VAT – on shipments received from non-EU countries. And they risk liabilities and sanctions.

The reason is that foreign sellers exploit the so-called “small consignment exemption” set forth by EU law, whereby parcels with a declared value of less than 10 Euros are not subject to customs or import VAT at the EU border.

So, millions of parcels every year pass the border un-declared by foreign sellers on purpose. In these cases, invoices accompanying the goods state that the overall value of the shipment is below 10 Euros, even when it is not true. Please take a look at the image linked to this article: the invoice indicates a value of USD 10 for a leather bag bought for more than 150 Euros on an international online store.

It is estimated that billions of Euros of import VAT and customs duties are foregone every year because of abuses of the small consignment exemption.

A 2016 study by Copenhagen Economics has reported that 65% of 400 test purchases from outside the EU were not compliant customs-wise.

This is why the Proposal for a EU Directive to modernise VAT fro cross-border B2C e-commerce presented on the 1st of December 2016 aims at changing the current system by:

1- Removing the existing VAT exemption for the importation of small consignments from non-EU suppliers;

2- Extending the MOSS to distance sales of goods from non-EU countries under a new import scheme covering sales of goods in consignments of intrinsic value not exceeding Eur 150;

3 – Introducing a simplified arrangement for global declaration and payment of import VAT sales of goods in consignments of intrinsic value exceeding Eur 150.

The new system would allow to avoid the current significant loss of tax revenues while enabling operators to clear shipments at customs without burdensome administrative activities. We shall see.