Why it is (almost) impossible to sell wine online in Europe (Courtesy of Tamebay.com) 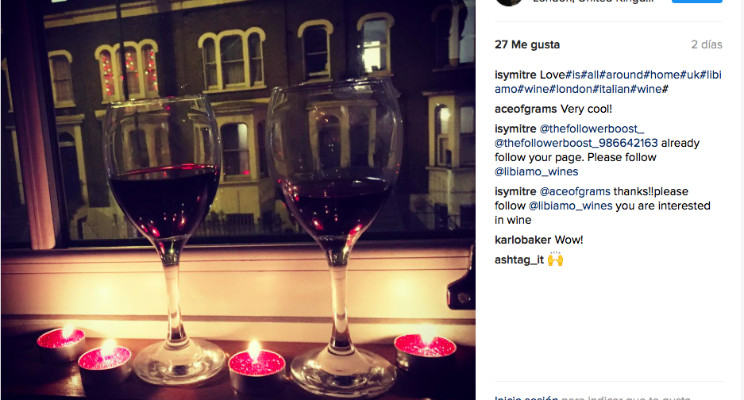 The reason is that foreign sellers exploit the so-called “small consignment exemption” set forth by EU law, whereby parcels with a declared value of less than 10 Euros are not subject to customs or import VAT at the EU border.

So, millions of parcels every year pass the border un-declared by foreign sellers on purpose. In these cases, invoices accompanying the goods state that the overall value of the shipment is below 10 Euros, even when it is not true. Please take a look at the image linked to this article: the invoice indicates a value of USD 10 for a leather bag bought for more than 150 Euros on an international online store.

It is estimated that billions of Euros of import VAT and customs duties are foregone every year because of abuses of the small consignment exemption.

A 2016 study by Copenhagen Economics has reported that 65% of 400 test purchases from outside the EU were not compliant customs-wise.

This is why the Proposal for a EU Directive to modernise VAT fro cross-border B2C e-commerce presented on the 1st of December 2016 aims at changing the current system by:

1- Removing the existing VAT exemption for the importation of small consignments from non-EU suppliers;

2- Extending the MOSS to distance sales of goods from non-EU countries under a new import scheme covering sales of goods in consignments of intrinsic value not exceeding Eur 150;

3 – Introducing a simplified arrangement for global declaration and payment of import VAT sales of goods in consignments of intrinsic value exceeding Eur 150.

The new system would allow to avoid the current significant loss of tax revenues while enabling operators to clear shipments at customs without burdensome administrative activities. We shall see.

With the growing number of wineries in the southern part of the UK, this is no longer a problem concerning only Italy, France, Spain and the other traditional European wine-producing countries.

The main issue is a fiscal one: VAT and excise duties.

Unlikely all other goods, alcohol products sold online are always subject to VAT in the EU state where they are delivered to, regardless of the volume of yearly sales (Art. 34 of VAT Directive 112/2006).

As a consequence, every EU seller intending to ship even a very limited quantity of wine (for instance, a bottle) to consumers in various EU states needs to register for VAT in all those EU states.

Furthermore, wine sales are also subject to excise duties in the EU state of delivery of the products. Sellers are thus legally required to appoint a tax representative for compliance purposes in every single EU state where excisable products are shipped to.

Before the goods are even dispatched from overseas, the tax representative must notify the local customs authorities with a detailed description of the alcohol products included in the shipment destined to be imported. After that the excise goods arrive at destination, the tax representative must then pay the excise duties declared on behalf of the seller and inform the tax authorities that the shipment has arrived.

It appears that some EU states have transposed these rules into their national law with even more trade-hostile effects. In Ireland, for instance, it is currently illegal to deliver excisable goods to Irish consumers directly from overseas without the goods being held ready at a local facility for inspection by customs official.

The problem has been acknowledged by the European Commission itself. During a meeting of the Excise Contact Group in Brussels on 3 July 2015, the Chairman clearly hinted at the possibility of extending the VAT MOSS to the reporting and payment of excise duties on distance selling of alcohol products.

However, this can become a realistic scenario only if the proposed reform to extend the MOSS to all EU distance sales of physical goods for VAT purposes from 2021, unveiled by the European Commission on 1 December 2016, is approved by all Member States.

It is still unclear how the reform will affect UK exports of wine or beer to Europe after that the Brexit process has been completed.