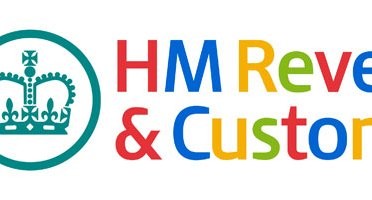 We are here reproducing an article published on Tamebay.com with our contribution

With the aim of tackling the long-discussed issue of VAT evasion related to ecommerce sales, HMRC is considering to introduce a “split payment mechanism” on sales made by overseas merchants. As a matter of fact, many overseas e-merchants are still not registered for VAT in the UK even when they should or do not remit the correct VAT-amount to the British coffers.

According to the envisaged reform – announced at Spring Budget 2017 – when an UK buyer will purchase a product from an overseas merchant, the payment will be split into the VAT element and the net amount; the VAT amount will be withdrawn at the point of sale and deposited directly with the tax authority during the payment cycle.

Financially, the new system appears rather burdensome for merchants, particularly when selling on marketplaces, which already do apply their transaction fees on VAT-inclusive prices: indeed, these merchants will no longer be allowed to pay VAT to HMRC on a quarterly basis, as payments will be immediate (while, regretfully, they will need to wait the full quarter to recover any VAT already paid to HMRC on products purchased and subsequently returned by customers).

Assuming a retail price of £120 (100 plus 20% VAT), following the sale the overseas merchant will receive only £100 from the payment gateway, as the £20 of VAT will be withdrawn at source (or even less, if any fee is due to the marketplace).

This measure will follow other related measures introduced in 2016, including the power of HMRC to direct overseas merchants to appoint a VAT representative in the UK and, under specific conditions, to hold online marketplaces jointly and severally liable for the VAT which overseas businesses have failed to pay in the UK.

HMRC is calling for evidence, with organisations within the e-commerce industry invited to comment. A copy of the call can be found a the following link.

Taxmen.eu is preparing a document to answer the HMRC call. They would be happy to receive comments from Tamebay readers at this email address: alan.rhode@taxmen.eu. Deadline for submissions is 30 June 2017. (But the sooner the better.)