Genoa shall raise her head again! 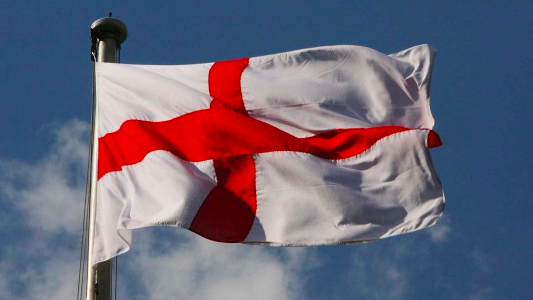 Last Tuesday’s fall of the Morandi Bridge in Genoa, my hometown, is the umpteenth infrastructural tragedy to hit the city in recent years.

On 9 October 2014, a flood ravaged the city centre. After a prolonged, massive rain, some of the streams running through the overbuilt city flooded and devastated homes and shops, and swept cars away.  One person was killed.

Genoa had already witnessed a similar situation on 4 November 2011, when the very same streams unleashed their waters to badly damage the city and kill six women, including two children, suddenly overwhelmed by the ferocious waters in the lobby of a building where they had sought shelter. They were coming home from a local school, despite a weather alert from the City Administration which was, in fact, relatively ineffective.

Poorly planned urban settlements in a city tightly enclosed between steep hills and the sea are seemingly one of the reasons for the recurring floods. According to a study on the geo-hydrological risk management in the urban area of Genoa published by the European Geosciences Union in 2012, “the overbuilding, rectification and restriction of the lower stretches of local streams in recent decades, has increased erosion and instability of slopes and flooding of the alluvial plains”.

These are the last steps in an apparently never-ending, slow march of cultural and economic decline that began in Genoa over 40 years ago.  The situation of Genoa is an example of some of the struggles currently suffered by all of Italy: a wealth of entrepreneurial creativity crippled by a stratified bureaucracy, the contrast between a glittering history and today’s sense of general disorientation, and astonishing natural resources neglected by dismayingly poor land management.

Genoa can boast a resplendent, lively historical tradition: in the Middle Ages, the reputation of the Genoese navy for its skill and bravery was so highly esteemed that, according to a controversial tradition, Richard the Lionheart adopted the white and red-crossed flag of England from Genoa at some point during the third crusade. Also stemming from that tradition comes Genoa’s nickname-  “The Superb”.

During that period of the Middle Ages, from the 10th through the 13th century, the ships of the Maritime Republic of Genoa fought for control of the Mediterranean Sea with Venice, Amalfi (near Naples) and Pisa in a series of conflicts between these city-states called the Maritime Wars.  The significant financial toll taken by these wars led Genoa to create the world’s first modern, public bank. In 1407, Genoa’s Council of Ancients authorized the Banco di San Giorgio to repay Genoa’s debt in exchange for interest at 7% and the right to collect taxes and customs owed to the city. The prototype of the Bank of England was born.

More recently, it was from Genoa that on 6 May 1860, some 1,000 red-shirted volunteers sailed to Sicily and, almost bloodlessly, prompted the unification of a land divided into a multitude of duchies and kingdoms under a single monarchy, the Kingdom of Italy.

Starting in the 1980s, the Superb has suffered from competition by Northern-European ports and the steel industry has now moved to emerging countries, leaving the city with an unemployment rate almost up to the onerous levels of Southern Italy. The city’s décor and landscape has been neglected for decades.

On a positive note in recent years, Genoa was heavily refurbished to host the G8 meeting in 2001. The city was also designated by the European Union to act as the European Capital of Culture for 2004 (jointly with Lille in France).

A new Aquarium opened in 1992 to celebrate the discovery of the Americas by the Genoa-born explorer Christopher Columbus five-hundred years before. Designed by world-famous architect Renzo Piano, another Genoese celebrity, the Aquarium has attracted over 25 million visitors. Mr. Piano is now working on a project for a new, environmentally friendly Waterfront of Genoa.

Genoa must change its path, starting with its people modifying their attitude and mentality.  Genoese are well known for a tendency to self-pity, tight-fistedness and lamentation. “Genoa is built on land regained from the sea”, explains Piergiorgio Costa in the historical book “Where we come from.” “To survive, everyone must work, and nothing is wasted”, writes Costa. “This hard life explains the reputation the Genoese have for parsimony – it occasionally borders on stinginess – and also for a rustic, to-the-point character.”

The late Prime Minister Giulio Andreotti once recalled that in the past Genoese dockworkers accepted a wage reduction in return for a “franchise to moan”, the freedom to complain as much as they wanted (an interesting anecdote: these dockworkers wore particular apparel referred to as Gênes, the French word for Genoa, and that is the likely source of the word jeans). Ironically enough, these days you can easily hear Genoese people in cafés openly complaining about the fact that the Genoese complain too much.

Pessimism and local feuds aside, Genoa still holds a lot of potential for economic and social development.  Strategically located at the core of the Mediterranean Sea, Genoa can easily strengthen its role as a logistics hub. Situated at the heart of an enjoyable Riviera stretching from Portofino to Cinque Terre and with a wealth of art, gastronomy, architecture and history, the city could easily cultivate a higher level of tourism.  The low cost of properties should be used to encourage business investment, possibly linked to the Italian Institute of Technology and the existing hi-tech and engineering industries.

However, the land and territory have been poorly managed for a long time and local politics has its own responsibilities. Unsurprisingly, after that the city had been continuously governed by a centre-left coalition for 40 years in a row, last year’s local elections saw the clear success of a centre-right Mayoral candidate, Marco Bucci, a former pharmaceutical manager with international experience.

Political orientations aside, it is evident that Genoa needs a far-fetching plan and serious investments to improve land management and transportation, the only way for Genoa to raise her head and start on a path to restore its old, glorious self-awareness as – “The Superb.”