EU Taxation in the Time of Italy 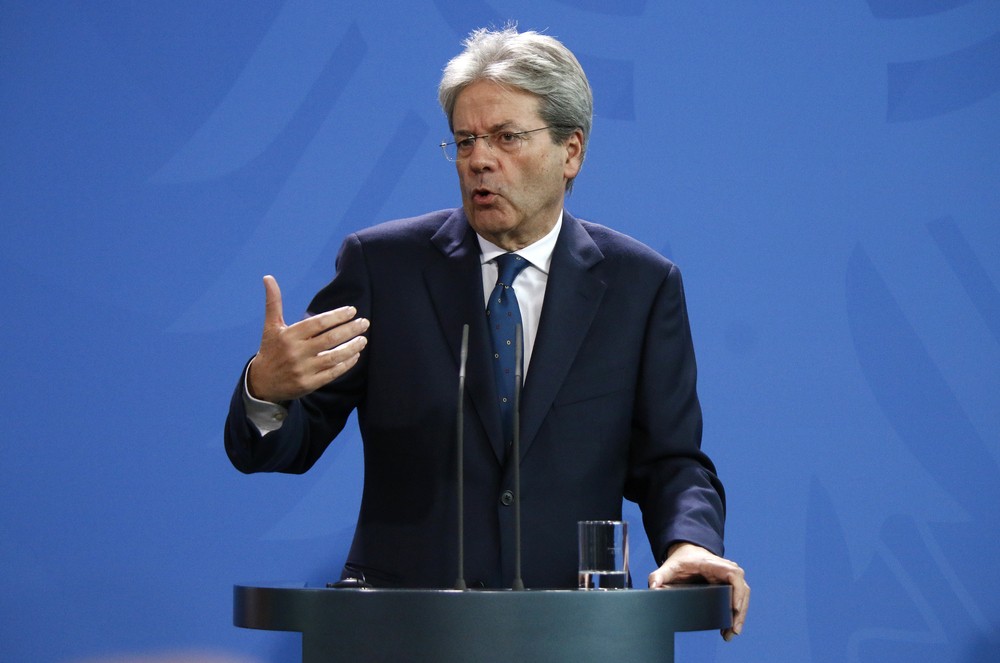 Perhaps, former European Commission president Romano Prodi‘s most indelible legacy during his five-year term at the helm of the EU executive body in the late 1990s occurred when he dubbed the European Union’s Stability and Growth Pact as “stupid“.

Those blunt words were the opening salvo in a battle that has pitted Keynesian economic supporters against fiscal supply side hawks in the EU when it comes to fiscal policy. That battle intensified in the wake of the 2008 banking crisis and subsequent sovereign debt fiasco and has been a long-running policy clash ever since.

The next chapter in the dispute began Sept. 10, when incoming European Commission President-elect Ursula von der Leyen appointed former Italian Prime Minister Paolo Gentiloni as the next Economics Commissioner who will oversee the implementation of the EU Stability and Growth Pact that is supposed ensure EU member states adhere to fiscal discipline in a way that will not blow up financial markets the way they did 10 years ago.

Of course, the appointment of an Italian – it did not matter who – as Economics Commissioner was like waving a red flag to a bull when it comes to supporters of budget austerity policies such Germany, the Netherlands and Austria. After all, Italy has had little or no economic growth over the past decade and is running the second highest public debt in the industrialized world behind Greece. The recently upended populist government made up of the Five Star party and the Matteo Salvini-led League also has been at odds with the European Commission for the past two years over budget deficit procedures.

And the fact that Gentiloni comes from a political party with leaders such as former Italian Prime Minister Matteo Renzi, who took up the mantle from Prodi in blasting the SGP as counter-productive, is all the more concerning for the fiscal hawks. Throw in the fact the the new Italian Finance Minister Roberto Gualtieri, another Socialist who quit his job as the chairman of the European Parliament Committee for Economics and Social Affairs where he hectored for SGP flexibility, and the hawks can only see double trouble.

Of course VDL – as von der Leyen is known in Brussels – has a quick answer for the Gentiloni critics. As part of her reorganization of the next European Commission she has appointed three “executive vice presidents” who have been given supervisory roles over different policy spheres. In the case of Gentiloni’s portfolio it will be Valdis Dombrovskis, who has shared the economics portfolio with European Commissioner Pierre Moscovici over the past five years and who is supposed to be the prefect.

A conservative who helped revitalize Latvia in his role as prime minister when it nearly collapsed in the wake of the 2008, it was not Keynesian economics that Dombrovskis favored. Moreover it was a prescription of up-from-the-bootstraps tough love.

The opposing philosophies come as the European Commission and Italy are headed for a showdown as the new Italian government – along with all the other euro zone countries – have to submit their 2020 budget by the middle of October for review as required by European Semester rules. And based on an agreement reached between the Commission and recently departed Italian Finance Minister Giovanni Tria, Italy must either find approximately 23 billions euros in new savings or it has to raise Value Added Tax from 21 percent to 23 percent in order to avoid violating the EU SGP rules. .

There are few issues that the various political Italian parties agree on no matter what side of the political spectrum they come from. But when it comes to raising the VAT rate by 2 percent in 2020 there is unanimous consent that it must be avoided. That is especially true as the economy is sputtering in the euro zone as a whole and in Italy in particular.

Obviously, for Gentiloni the issue puts him in a difficult position. Although he will not take office until Nov. 1 and therefore will not be party to whatever decision the Juncker Commission takes on the Italian budget submission, he must be approved by the European Parliament in a vote to take place simultaneously. As part of the confirmation process he will face a grilling in a hearing due to take place in the coming month.

European Parliament budget hawks, especially outspoken Italian critics such as German MEP Markus Ferber and other compatriots on the EP Committee for Economic and Monetary Affairs where the hearing will take place, have already made it clear they throw down the gauntlet. How will Gentiloni respond? Surely he not be so blunt as to call the SGP “stupid” as Prodi did. But his message in favour of flexibility will surely be the same.